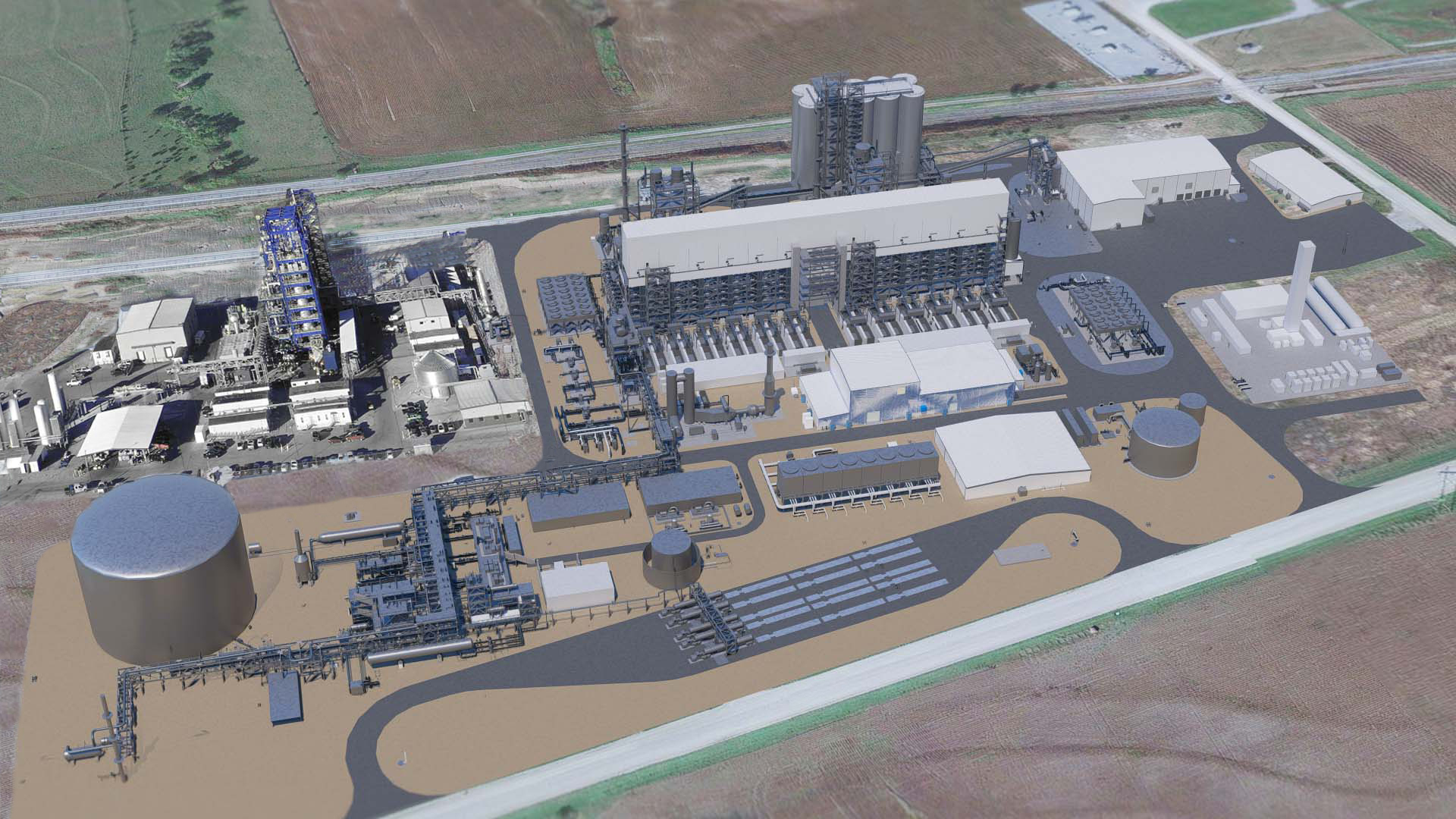 Monolith Receives Conditional Approval for a One Billion-Dollar U.S. Department of Energy Loan

Monolith, a leader in clean materials production, today announced it has received conditional approval for a $1.04 billion loan from the U.S. Department of Energy (D.O.E.). Established via the Title XVII Innovative Energy Loan Guarantee Program, the loan will allow Monolith to expand its clean hydrogen and carbon black production facilities in Hallam, Nebraska, U.S.A.

"Reaching the ambitious goal of global decarbonization by 2050 will require the innovation of American companies like Monolith and the resources of like-minded organizations like the Department of Energy," said Rob Hanson, Co-founder and C.E.O., Monolith. "Monolith was founded with the belief that private sector companies could develop the innovation needed to help lead the clean energy transition, while also creating high-paying green jobs and strengthening our nation's supply chain. "

"The Title XVII Innovative Energy Loan Guarantee Program's purpose is to recognize and support technology that reduces emissions and supports a clean energy future," said Department of Energy Secretary Jennifer Granholm. "Advanced, clean production technology like Monolith's are the types of impactful projects that support not just sustainability, but economic growth and clean energy jobs for the American people."

Monolith cleanly produces essential materials utilized by a wide variety of industries including hydrogen, ammonia and carbon black. Carbon black is a material found in many everyday products but is perhaps most commonly known for its use in tires. Leading tire manufacturers including Goodyear and Michelin expressed their support for the D.O.E.'s conditional approval and Monolith's technology.

“As the only U.S.-headquartered tire manufacturer, it’s especially rewarding to be at the connection point of significant U.S. innovation with Monolith and the commitment of the Department of Energy to sustainable outcomes,” said Richard J. Kramer, chairman, chief executive officer and president, The Goodyear Tire & Rubber Company. “We are excited to work with Monolith to reduce our carbon footprint and further our use of alternative materials as we continue to deliver industry-leading products.”

According to Alexis Garcin, chairman and president of Michelin North America, Inc., "Promoting the mobility of people and goods while protecting our planet requires investments in innovative and sustainable solutions. Partnering with organizations like Monolith, with the support of the Department of Energy, is the latest example of how we at Michelin intend to further accelerate toward our goal of a 100% sustainable tire by 2050 for a better life in motion."

In addition to carbon black, Monolith's innovative methane pyrolysis process creates cost- effective clean hydrogen. As the world builds a roadmap to decarbonization, the energy density of clean hydrogen fuel has been recognized as one of the critical paths to creating a green world. Shipping, aviation, long-haul trucking, energy storage and clean steel production are areas with the potential to rely on clean hydrogen fuel. Monolith also expects to use much of the clean hydrogen produced from its Olive Creek expansion for the production of cleanly made ammonia that will be distributed in the U.S. Corn belt to help feed a growing national and world population.

"As the leader in wind and solar energy, and as an investor in Monolith, NextEra Energy Resources is encouraged by the U.S. Department of Energy's conditional approval of Monolith's loan application," said John Ketchum, president and chief executive officer, NextEra Energy Resources. "Monolith's clean hydrogen production process is powered by locally-produced renewable electricity and represents a significant advancement to support cost-effective decarbonization of multiple sectors of the U.S. economy."

Title XVII of the Energy Policy Act of 2005 (42 U.S.C. Sec. 16511, et. seq.) provides authority for the D.O.E. to guarantee loans for projects that "avoid, reduce, or sequester air pollutants or anthropogenic emissions of greenhouse gases; and employ new or significantly improved technologies as compared to commercial technologies in service in the United States at the time the guarantee is issued." Current conventional processes to create carbon black release large amounts of greenhouse gases into the atmosphere. Through Monolith's methane pyrolysis technology, the company is able to prevent an estimated 2.3 tons of CO2 from being released for every ton of carbon black produced. With its production of cleanly made hydrogen, carbon black and ammonia, Monolith expects that its Olive Creek expansion will prevent one million tons of greenhouse gas emissions from entering the atmosphere each year compared to traditional manufacturing processes. While this conditional commitment demonstrates DOE’s intent to finance the project, several steps remain, and certain conditions must be satisfied before a final loan guarantee is issued.

Once completed, Monolith's expanded Olive Creek plant is expected to be the largest carbon black production facility in the United States, producing an estimated 194,000 metric tons per year. The construction of this innovative facility is expected to be performed by Kiewit, one of North America’s largest and most respected engineering and construction organizations.

“We’re excited to bring our engineering, procurement and construction experience and skilled people to the Olive Creek plant expansion project, which will help Monolith commercialize a new, innovative technology to produce cost-effective, clean hydrogen and materials,” said Rick Lanoha, president and CEO of Kiewit Corporation. “Kiewit is a Nebraska company, so providing EPC services and jobs to a significant project in this state is important to us. We’re fully committed to safely delivering this important, sustainable project to help Monolith meet global demand.”

Hanson added, "This loan, which comes after several years of due diligence, further supports what our customers, employees, investors and strategic partners already know: Monolith's pyrolysis technology will play a vital role in the energy transition. We are honored to have reached this significant milestone on our path toward helping the world to decarbonize, and we are appreciative of the confidence shown by the Department of Energy and Secretary Granholm."

Monolith, which was founded in 2012, developed a process technology that uses 100% renewable energy to convert natural gas into clean hydrogen and carbon black. The company is currently operating its first commercial-scale production facility in Hallam, Nebraska, and has offices and R&D facilities in Lincoln, NE; San Carlos, CA; Denver, CO and Kansas City, MO.